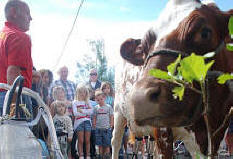 Riverside Park
Arena Pontardawe took over a derelict building and part of the Park and raised funds to renovate it for use by the community. For three years, with the help of Lottery Funding, a development manager was employed to work with local groups to develop a programme of activities and to ensure its future for the people of Pontardawe and the Swansea Valley.

Arena Pontardawe has also undertaken some major improvements to the Park. A large meadow has been drained and has been used for many events, such as the Heart of the Valley Show and a grand Medieval Fayre with knights on horseback and jousting displays. A new pathway has been constructed between the Centre and the Canal, allowing for greater ease of access for walking in the Park, together with a picnic site and outdoor class room area.

Gateway Sculpture
Groundwork Bridgend Neath Port Talbot, in partnership with the Arena Pontardawe, has completed work on a sculpture at the entrance to the Park. The sculpture by Paul Kincaid, symbolises the natural features of the valley along with its industrial past, and was unveiled by the Mayor of Pontardawe on 30 November 2011. 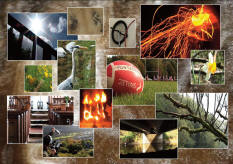 Sounds of The Valley – Multi-media production with video and live performance.
Arena Pontardawe commissioned artists David Marchant and Marlo Flores to work with schools, individuals and user groups at the Riverside Park, to record their responses to the environment; its history, culture and landscape, both natural and man made.“The work combines sound, dialogue, music and visuals in a thought provoking collage.”
An Arena Pontardawe project with support from Y Gronfa Wledig

Birth of a Valley Project
The history of Pontardawe and the Swansea Valley has been recorded and preserved thanks to an award from the Heritage Lottery Fund. The award enabled Arena Pontardawe to employ a Heritage Officer two years to develop a series of activities, which would create community awareness and participation. The Project involved working with local school children to create a staged performance in songs and music to celebrate the national importance of Pontardawe and the Swansea Valley and to put into context the significance of the canal to the local mining, iron making, tinplate, pottery manufacture and quarrying industries of the area. In addition, a Guide tracing the changes in the Valley and Park environment is available from the Centre. Interpretive panels have also been erected in the Park.